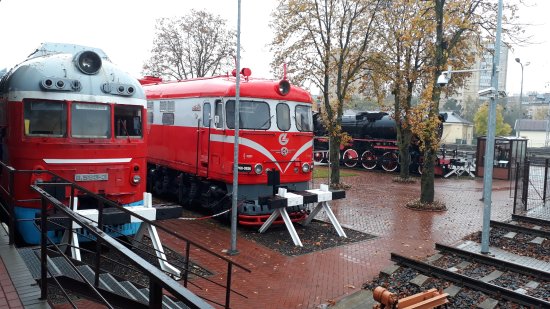 If you want to learn more about the history of the railway industry and see some of the world’s most famous locomotives, a visit to the Railway Museum is a must. You can see a 19th century 4-6-2 steam locomotive that has been cut in half, a 1960s Japanese Shinkansen bullet train, Queen Victoria’s royal carriage, and many more amazing exhibits. The museum also has a fun and hands-on family area.

The Western Railway Museum in Solano County, California, preserves the history of interurban transit equipment, with a focus on trolleys. You can ride the heritage railroad on a 1.5 mile or ten-mile tour, and enjoy the museum’s cafe and bookstore. You can also see several smaller exhibits in the visitors’ center. This is a great place to get the history of rail transport. But don’t worry if you’re not particularly fond of trains, this museum won’t put you off.

One of the largest railroad museums in the country is the Illinois Railway Museum, which is located in Union, Illinois. It features more than a hundred pieces of historic railroad equipment and runs a tourist railroad on a former Illinois Central Gulf and Illinois Terminal railway line. Visitors can take a ride on the museum’s historic railcars, and enjoy a fun train ride. During the annual Railroad Days festival, the museum also hosts an interactive train ride with a variety of rail cars.

Another museum that features a model railroad is the Whippanong Valley Railroad, which is the main exhibit area of the museum. There’s also an extensive collection of vintage cabooses that you can take on an excursion train ride. The museum also features a gift shop, a Snack Depot, restrooms, and a picnic area. For more information on the Whippany Railway Museum, visit their website. It is located at 1 Railroad Plaza, Whippany, NJ, near Route 80 and Route 287.

The Seattle Railway Museum is located in the former Snoqualmie Depot, which has been restored to its grand old-fashioned grandeur. It also serves as a working train station. Visitors can purchase boarding passes at the original ticket window, and view exhibits about the history of the railway industry in former waiting rooms. The former ladies’ waiting room is now the museum’s gift shop, and the old freight room has been turned into a public restroom.

Another great museum that is nearby is the Nevada Northern Railway, which was built over a century ago to serve the largest copper mine in North America. Its original coal-fired standard-gauge steam locomotives are still in use today. The museum is home to the most intact standard-gauge short-line in North America, with many of its historic pieces still in excellent condition. The museum is open from April to December. Find out more about the museum’s activities and special events.

The railway museum is also home to several interactive exhibits and galleries that help you learn about the history of trains. The Great Hall is a magnificent building that showcases early twentieth century train travel. Visitors can ride on the famous Mallard train, which set the world speed record for a steam locomotive in 1938. There is also a special exhibit that explores the history of ambulance trains and the role of these trains during the First World War. It also has a replica of the Euston Clock from London.