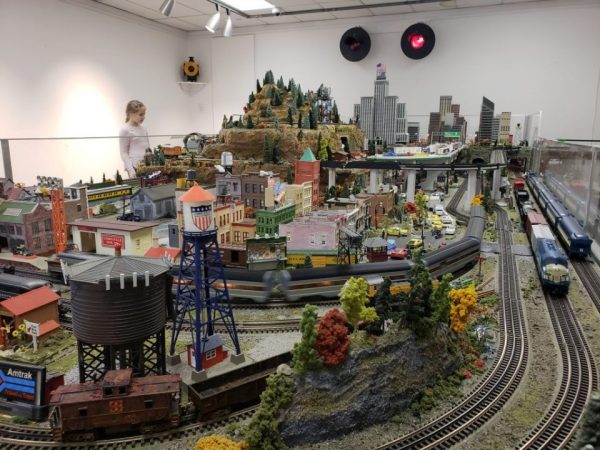 If you have been searching for train museums in New Jersey, you have come to the right place. The Black River and Western Railroad, Morristown & Erie Railway Museum, and the New Jersey Museum of Transportation all have something to offer. These unique attractions will give you a glimpse into the past. They will also educate you on the evolution of transportation and railroading in New Jersey.

The New Jersey Museum of Transportation is dedicated to the preservation and collection of historic railroad equipment. It also operates excursion trains along a narrow gauge tourist railroad. Located in Trenton, the museum is a fun day out for the whole family. The museum also offers special events, such as train rides with Santa Claus.

The museum’s story begins with the purchase of a Baldwin 0-4-0T engine in 1952. Purchased from the Raritan River Sand Company, the engine was initially named Pine Creek No. 1. Later, it was sold to the Walt Disney company and renamed #4 Ernest S. Marsh. Today, this engine is still used in the Disneyland theme park in Anaheim.

The Black River and Western Railroad operates in Hunterdon County, New Jersey, and operates between the towns of Flemington and Lambertville and Ringoes. The trains feature vintage steam and diesel locomotives. It’s a great place for families to spend a day.

The museum features some of the railroad’s most historic locomotives. You can ride an EMD 1200 HP diesel locomotive, number #1202. The museum is staffed largely by volunteers, who are dedicated to preserving the railroad’s history and providing visitors with an enjoyable railroading experience.

Maywood Station Museum is a historical train station with a wealth of railroad artifacts and photographs, as well as an operating model train. As a nonprofit organization, Maywood is dedicated to preserving the railroad’s cultural and historic heritage. The museum is open to the public during normal operating hours and also hosts special events.

The Maywood Station Museum contains a former Conrail/Penn Central N-12 caboose, which was restored by the station’s Historical Committee. It also features the original NYS&W ALCO Type S-2 Locomotive #206, which is on the National and State Register of Historic Places.

The Morristown & Erie Railway Museum is a fantastic place to experience the history of New Jersey’s railroads. You can take a ride on the rails or take a guided tour. This museum is located in Hanover Township, Morris County. It has a large display hall that will tell you about the history of the rails that connect New Jersey and Pennsylvania.

The Morristown & Erie Railroad has served parts of northern New Jersey and northern Maine for over a century. Its original tracks were laid in 1902, and the railroad has been running along them since the early 1900s. The Morristown & Erie has been featured in Trains Magazine twice in the past. In the first issue, the magazine featured a story on the operation of the line’s 10.5-mile track between Essex Falls and Morristown.

If you’re a history buff, you can’t miss the Historic Underground Railroad Museum of Burlington County. Founded by Louise Calloway, this museum tells the story of African-American slavery in New Jersey and is dedicated to preserving that history. The museum is free to visit and the public is welcome to take a tour.

For several years, the museum was located in the City of Burlington on a site that stood next to the Underground Railroad station. But a few years ago, the museum had to close. Luckily, the county recognized the museum’s historical value and relocated it to Smithville, NJ. There, it will display its collection of historical objects and testimonies.