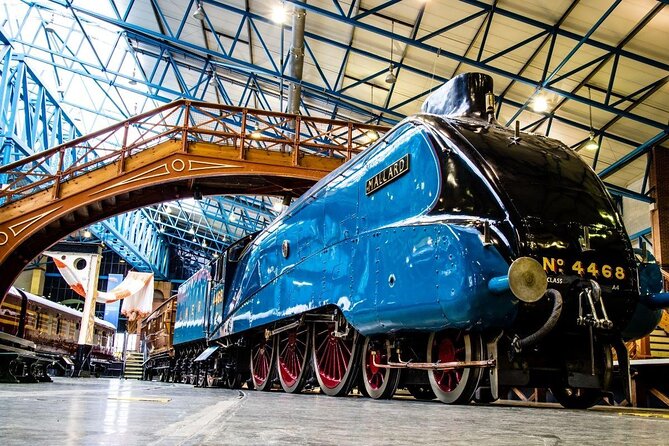 The Railway Museum is a great place to explore the history of trains. Visitors can explore the trains themselves or take the rides to get a different perspective. The Railway Museum is located in the historic downtown district of St. Louis and has two trains on display. One is a 1949 4-6-2 steam locomotive, which has been cut in half, and the other is a 1960s Japanese Shinkansen bullet train. The railway museum also has a fleet of passenger cars and diesel-electric locomotives.

The Whippany Railway Museum was established in 1927 and was opened in July 1990. It is the only bar-framed locomotive in the United States, though it was damaged during WWII bombing rain. Another exhibit features a Victorian engine called Hippopotamus Class No. 1275, which was made for business travelers. The 1935 GWR Diesel Railcar No. 4 was also donated to the museum and features a futuristic Art Deco design.

The largest of three railway sheds, the Great Hall, houses the exhibitions. The museum’s collection also includes some of the oldest surviving steam locomotives in the United States. In 1938, the Mallard set the world speed record for a steam locomotive, which has never been broken. In the 20th century, the Museum also has displays about the introduction of the Shinkansen high-speed rail. In the First World War, the Eurostar was built to connect Britain and Europe.

The Isle of Man Railway Museum is another must-see attraction. It displays steam locomotives and carriages. It also has a fine collection of memorabilia. In addition to the locomotives and rolling stock, there is a railway simulator. This is a great way to experience the history of train travel. You can drive a locomotive on the island’s only operating simulator. The Drive the Diesel simulator costs PS5 for 15 minutes of training, while the enthusiast level costs PS10.

The Museum has many popular exhibits displaying vintage train equipment and trains. Its Christmas Express includes a classic red wooden caboose, and the Santa Claus Special excursion train includes a ghoulish Santa Claus. The Winter Wonderland and Christmas Expresses are both festive and entertaining. The Christmas exhibits include a lighted display of Victorian-era railway cars. A visit to the Railway Museum will surely delight the whole family.

The Museum has three railway sheds and displays that highlight the history of trains. The Great Hall is the largest, and features the first steam locomotive in the world. It also has a special exhibit that looks at the role of ambulance trains during the First World War. There are special Christmas exhibitions in the museum that showcase the history of the railroad industry. And a trip to the Railway Museum will be an unforgettable experience. This is a great place for families to spend a day with the children.