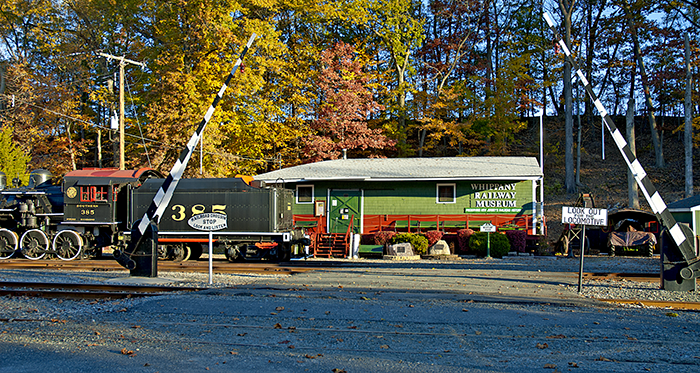 Whippany Museum – One of the Best Things to Do in NJ

If you love trains history, you should check out the Whippany Museum and take an excursion train ride to the museum. This railway museum and train ride is located in the Whippany section of Hanover Township in Morris County, New Jersey. It’s a great place to visit if you are interested in railways. The museums exhibit various types of vehicles, including steam engines and diesel locomotives. The trains stop at several stops along the route, and you can take a free tour of the exhibits.

The Whippany museum has a rich history that is both fascinating and educational. The railroad depot was originally a 1904 passenger depot. The Morristown & Erie Railroad operated in the town until 1973. The employees of this railroad decided to create a museum for the heritage of the train and the city. They used half of the freight house, which was moved across the tracks to the present location. Many railfans flocked to the museum to view the collection of locomotives, cars, and relics. The station was closed in 1973 and the Morristown and Erie Railroad operated in Newfoundland.

The Whippany Museum is home to a vast collection of railroad memorabilia. This includes historic railroad equipment, and the working model trains. In addition, there’s a gift shop and outdoor operating large scale train rides. The Museum has a wonderful atmosphere that makes it an ideal place for a family outing. A visit to this Museum will be one of the highlights of your trip to New Jersey!

Despite the fact that the Whippany Museum has a variety of miniature trains and models, you can’t miss the large O-Gauge model train layout. The 30-foot long layout, the Whippanong Valley Railroad, is a popular destination for young children. It’s filled with interactive accessories and is a favorite with kids. The Whippany Museum’s railroading museum has been featured in O Gauge Railroading magazine.

The Whippany Railway Museum was opened in 1965 and was a unique place to visit. Its purpose was to preserve the railroad history of the city and state of New Jersey. The museum is open every Sunday from March to September from noon to 4 pm. Its staff is entirely volunteer. If you’re interested in history, you’ll also find a gift shop in the Museum. You’ll also get to see the real working model of a railroad caboose, which is rare in the United States today.

The Whippany Museum is the largest O-Gauge model train layout in New Jersey. The Whippanong Valley Railroad is a 30-foot-long layout that is a favorite for children. The track has interactive accessories and is popular with young children. In fact, the museum’s model railroad was recently featured in O Gauge Railroading magazine. This train is one of the most interesting museums in the state. It has been featured in many magazines and has received a lot of attention.